Organize a play reading in your community

April 9, 2017 will mark the 100th anniversary of the battle of Vimy Ridge. From April 3rd to 9th, the Canadian government, with other organizations, will attempt to stir our souls with a sanitized version of the battle of Vimy Ridge. Using the occasion to further militarize our society and promote a system that profits from continuous war, they will regale us with tales of past glories and the birth of a nation.
In reality, Vimy Ridge is a dark story of military slaughter that saw over 10,500 Canadian soldiers wounded, 3,600 dead and thousands more missing in action. If truth be told, the battle of Vimy Ridge was just one of the contemptible and insane acts of violence committed against humanity during WWI.
It’s time to tell the real story of lives lost and the resistance of soldiers on the front lines. While soldiers broke ranks, resistance at home was led by the left and the women’s movement igniting a fight against conscription, particularly in Quebec.
​*On April 9th, we invite you to join us in a very important commemoration to both lives lost at Vimy Ridge and resistance to war. With your participation, we hope to build a cross-Canada chorus of anti-war readings of Motherhouse and Bolsheviki by David Fennario, two plays that deliver blistering condemnations of war while celebrating resistance from the bottom up.
Motherhouse is a one-woman drama that gives voice to disillusioned working-class women employed at the British Munitions Factory in Verdun, Quebec, during WWI, as told by factory worker, Josephine Lillabit Bradley, based on eye witness accounts. Their discontent leads to a strike.
Bolsheviki is a one-man story about rebellion in the trenches of WWI that also results in resistance, as told by Harry “Rosie” Rollins, based on eye witness accounts.
David Fennario is a Montreal playwright and winner of two Chalmers’ awards and the Pauline Julien award.
Help build a massive, noisy protest to challenge the spectacle of war we are sure to be subjected to on 100th anniversary of the battle of Vimy Ridge. By becoming part of this anti-war event, you will be inspiring community action and communication. It's a great way to be part of the larger anti-war movement.
To remember is to end all war.

*On April 9th or as close to it as possible as determined by local organizers.

How to put on your local reading

Choose a reading. Produce one large event for your city or multiple readings if there’s enough interest. Do you want to do a full reading of Bolsheviki or Motherhouse, or just read excerpts from one or both of the plays? It can be done as one-handers, two-handers or more. Cast your friends, activists and performers alike. We encourage diversity in casting.
Get help!  Do your own call out to individuals and organizations you think would be interested to read at the event. Send an email around asking for volunteers to help you. Keep an email list of everyone who writes you with interest. The readings can be a great way to form new relationships and build the anti-war presence in your area.
Get a location. In whatever spaces you wish – in theatres large or small, schools, churches, libraries, pubs, homes, cafes, community centers, clubs, parks, and on street corners, anywhere!
Pick a time. The goal is to organize activities across Canada ahead of the government sponsored events, most of which are slated for April 2017.
Raise funds. In Montreal, we will be collecting donations for Échec à la guerre, an organization that mobilizes the white poppy campaign each Remembrance Day to remember all those whose lives were lost in war. You can charge a "suggested donation" of any amount, or just pass a hat. It's your job to make sure the funds raised at your reading get into the proper hands. 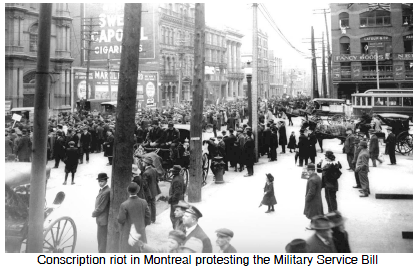